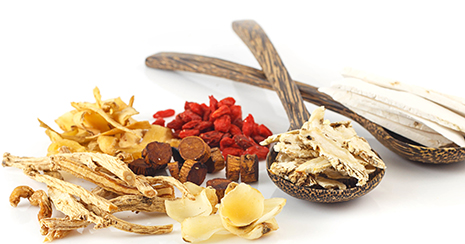 An ancient form of therapy originating in China, traditional Chinese medicine, consisting of several different modalities that work to restore the balance of opposing forces called yin and yang. Existing both in the universe and within ourselves, disruption to our energy channels results in disease and illness. Here's what you should know about the different traditional Chinese medicine treatments that exist and how they can help remove any energy blockages within you.

What is Traditional Chinese Medicine?

Traditional Chinese medicine, or TCM for short, is an ancient form of therapy that revolves around ensuring a patient's mind and body are in harmony with the universe. According to TCM, each individual has a life force or energy called "qi," circulating the body in energy channels known as meridians. A blockage or stagnation in energy along these channels is responsible for an imbalance in the yin and yang that exists within us and the universe. As a result, your health is negatively affected, resulting in disease or illness.

Though TCM has been practiced in China for thousands of years, it wasn't until the 1970s that it started to gain in popularity in the United States. Today, various traditional Chinese medicine treatments like acupuncture treat everything from chronic pain and migraines to the side effects of cancer and depression.

What are the Different Traditional Chinese Medicine Treatments?

Depending on your health concerns, a practitioner of TCM can make use of a number of therapies such as:

The Benefits of Traditional Chinese Medicine

TCM offers many benefits that help restore the balance of opposing forces, yin and yang, and clear the blockages that may exist within your energy meridians. The different modalities of TCM can be used to treat:

What to Expect During a Traditional Chinese Medicine Session

Your TCM session will vary depending on the type of treatment plan selected by your TCM practitioner. Most TCM sessions at Officite Demo Integrated Medicine will begin with a series of questions regarding your current health and whether you're experiencing any pain or symptoms of illness. From there, a short physical examination is conducted, which may involve checking your pulse rate and the color and coating of your tongue. Your practitioner may recommend further sessions or different modalities of treatment before you start to see a change in your overall wellbeing.

Send Us an Email

Find us on the map